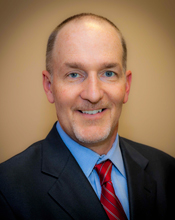 Dr. Michael O’Brien is board certified in gastroenterology. He has practiced in Central Iowa since 1995 with a special interest in colon cancer screening. He also enjoys treating patients with a variety of gastrointestinal problems.

Dr. O’Brien was born in Lawrence, Kansas but raised in Des Moines, Iowa. He attended the Tulane University where he received a bachelor of science in biomedical engineering with honors. Following college, Dr. O’Brien received his medical degree at Tulane University School of Medicine in New Orleans, LA. Upon completion of medical school, he did Internal Medicine Residency at the University of Alabama – Birmingham and completed his Gastroenterology fellowship at the Mayo Clinic in Rochester MN.

Dr. O’Brien is honored to have joined the medical team at Iowa Digestive Disease Center.